Do you want to learn how to implement HR predictive analytics into your organization? This guide will show you how to get started.

Predictive analytics in HR is a set of techniques used to analyze data to predict future events. These predictions can then be used to improve decision-making processes.

This article will give you a step-by-step guide on implementing HR predictive analytics and using hr metrics in your organization.

How Does Predictive Analytics in HR Work?

Descriptive analytics is used to understand what has happened in the past. For example, if we looked at employee turnover rates over time, we would use descriptive statistics and hr metrics to see which employees have left or been fired each year. 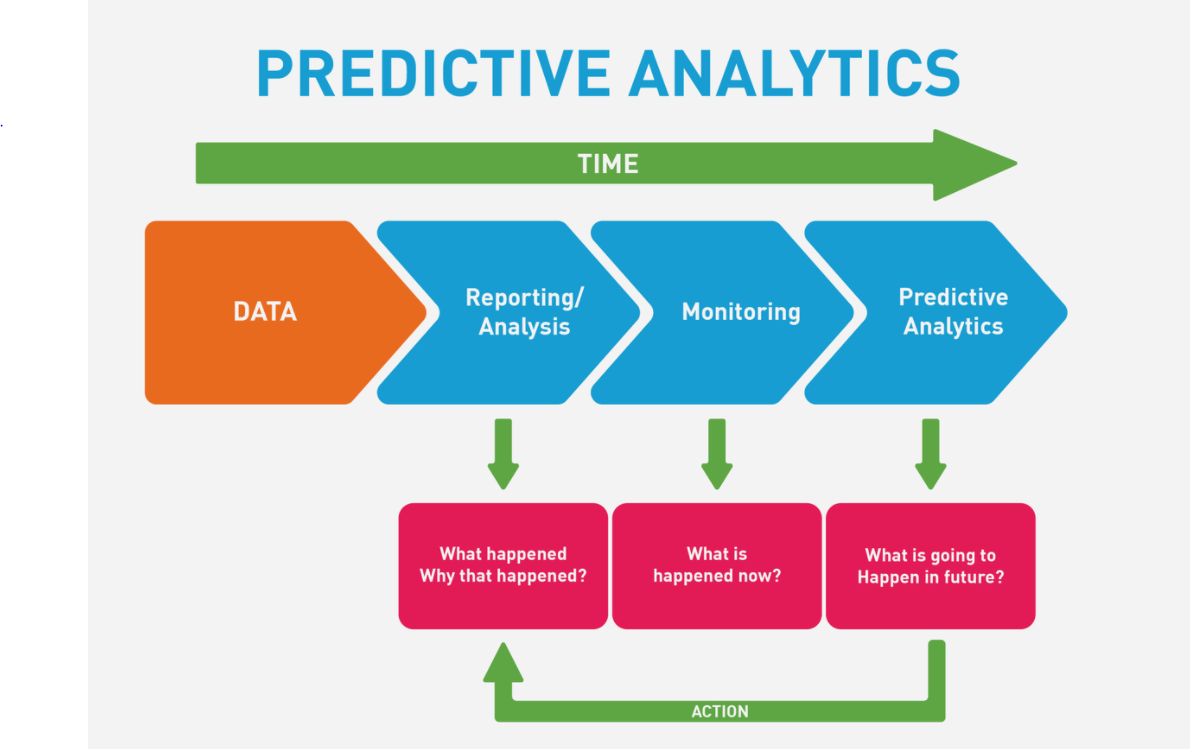 Predictive analytics are used to predict what will happen in the future. Suppose we wanted to indicate whether an employee was likely to leave their job within 12 months. In that case, we could use predictive statistics to determine whether they had previously left their position within the last 12 months.

So, how can you integrate the two in your HR work? The answer lies in using both descriptive and predictive analytics together. First off, predictive analytics involves collecting historical data from multiple sources. For it to be helpful, any HR data needs to be assembled correctly and analyzed thoroughly. Once the data has been collected, it must be cleaned up and transformed into a format that is easy to understand. Finally, the collected and historical data should be analyzed using descriptive statistics to create a model. Once all of this is complete, the results can be used to make decisions based on the predicted outcomes.

On the other hand, descriptive analytics is all about understanding what has already occurred. It doesn't matter if the event has already taken place; what matters is that the information is available. The data collection process is much more straightforward than predictive analytics because there isn't any prediction involved. Instead, the focus is purely on gathering as much information as possible.

Therefore, predictive analytics is more important in your HR work since it allows you to take action before it occurs. However, descriptive analytics is still essential because you won't make informed decisions without it.

There are many reasons why organizations should consider implementing predictive analytics into their business strategy. Here are just some of them:

Data-driven decisions are more accurate than those made based on intuition alone. Using predictive analytics to make better decisions allows businesses to save money, increase productivity, and improve customer satisfaction.

Risk reduction is one of the primary goals of any business. Data-driven decisions reduce risk because they allow companies to identify potential problems before they occur.

When decision-making becomes more efficient, productivity increases. When people aren't figuring out what to do, they can spend more time doing the actual tasks.

Disaster prevention is another reason why predictive analytics is so valuable. They help prevent disasters by identifying risks early enough to avoid them altogether.

Decision-making is a complex task. Using predictive analytics helps to ensure that the best decision is made.

The following real-life examples show how companies have utilized predictive analytics in HR.

In 2008, Hewlett Packard discovered that its employees were leaving the company at an alarming rate. At first, the company thought that the problem was due to poor management or employee dissatisfaction. But after conducting research, HP realized that either of these factors didn't cause the pain. Instead, the issue was that HP had no way of predicting when employees would leave the company.

To solve this problem, HP developed a predictive analytics program called "Project Insight. " Project Insight uses a combination of statistical modeling and text mining techniques to predict future outcomes including telling which employees will quit within the next six months. HP then sends out emails to warn employees who are most likely to leave based on this analysis.

This program has helped HP significantly decrease employee turnover rates. For example, between 2009 and 2011, the number of employees quitting per month decreased from 20% to less than 10%.

Google is known for hiring top talent. The search engine giant employs thousands of new employees every year, but only about 30% of them stay with the company for longer than two years. It means that Google loses millions of dollars each year because it doesn't know which candidates will succeed until too late.

To address this problem, Google created a predictive analytics program called Google Prediction Engine. It analyzes job history, education, skills, and personality traits to determine whether applicants will be successful at Google. This information can be vital to other HR leaders.

Based on this information, the system generates predictions about whether an applicant will become a great employee. If the forecast is favorable, Google then offers the candidate a position. However, if the prediction is pessimistic, Google does not provide the person with a job.

This program has been very effective at reducing the number of unsuccessful applications. In fact, since 2007, Google has hired over 100,000 new employees using the Google Prediction Engine.

Best Buy is one of America's largest electronics retailers. The company decided to use predictive analytics to identify customers who aren't satisfied with their purchases to improve customer service and enhance business outcomes.

Based on this knowledge, Best Buy sent personalized emails to customers who bought these products. These emails contained links to online videos explaining how to resolve problems. Additionally, Best Buy offered free shipping on all orders placed through its website.

The results have been impressive. Since implementing this strategy in 2010, Best Buy saw a significant increase in customer satisfaction ratings and enhanced its business outcomes. And according to a report published by Customer Experience Management Magazine, Best Buy increased its average order value by $50 million.

For instance, Amazon can tell you what other people think about a particular item. Amazon can figure out which products are similar to yours and recommend those products to you by analyzing historical purchase data.

If you buy something based on a recommendation, Amazon earns money. For example, Amazon makes money when you buy a Kindle eBook reader after seeing someone else purchase one.

In addition to recommending products to customers, Amazon also recommends books and movies to users. Based on your viewing habits, Amazon determines which books or movies you might enjoy.

Amazon's recommendations are so good that many people say they feel like they're getting personal advice from the site.

Wikipedia is a global encyclopedia containing thousands of articles written by volunteers. Anyone can contribute to the site. The goal of Wikipedia is to create a comprehensive resource for anyone interested in learning about any topic.

However, there are some topics where it would be helpful to know what other people think before writing an article. For example, if you write an essay about the Battle of Waterloo, you should probably check if other people have already covered the subject.

To prevent duplicate content, Wikipedia uses a system called "collaborative filtering." This method involves collecting information about every user who has ever contributed to the site. Then, the algorithm looks at each new contributor's past contributions and matches them up with existing contributors.

This matching process helps Wikipedia determine whether two different users will work well together. If the algorithm finds a match between two users, it suggests that both users write an article about the same topic.

Collaborative filtering works because people tend to share common interests. So, if you've read several articles about the Battle of Waterloo and haven't found anything interesting, according to predictive model, chances are that you won't find much helpful information on Wikipedia either. 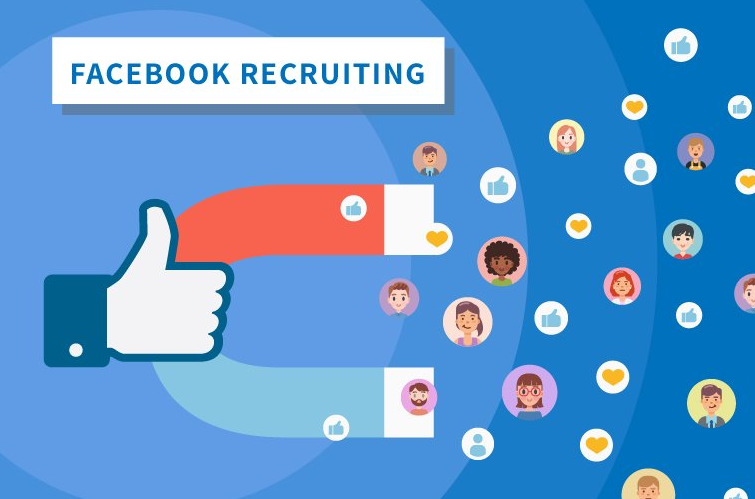 Facebook is a social networking website that allows members to connect with friends, family, and co-workers. It was founded in 2004 by Mark Zuckerberg and his college roommate Eduardo Saverin. Today, Facebook boasts more than 1 billion active monthly users worldwide. That's roughly half of all Internet users. That is why HR departments are using it for hiring purposes.

The most popular use of Facebook is connecting with friends and family. However, businesses can also use the site to promote their brand.

For example, companies can post pictures of themselves working hard while promoting their business. They can even ask potential employees to send in resumes. Businesses can also use Facebook as a recruitment tool. They can advertise job openings and accept applications through the site. By posting jobs on Facebook, companies can reach a large number of qualified candidates. And since everyone on Facebook knows one another, this type of advertising is highly effective.

Nielsen is a company that measures television ratings, including how often shows are watched and how long viewers watch programs. Advertisers use it to decide whether to buy airtime during a particular show. Nielsen is so important to advertisers that they pay Nielsen $1 per viewer. Nielsen collects predictive HR data using TV sets connected to its servers. These TVs collect information such as the channel being viewed, when the program starts, and how long viewers watch the program.

In addition, Nielsen tracks how many times a person watches a specific show or movie online. Using these statistics, Nielsen can use a predictive model to tell which shows will be successful. The company then shares this information with media outlets and advertisers. Advertisers use Nielsen's predictions to make decisions about buying time for commercials during specific programs.

How Does Predictive Analytics in HR Work?

What is BambooHR? Reviews and Pricing